There is a definite forerunner here, but nothing is guaranteed when there are such excellent performances in this category.

And the nominees are….

Sorry to be so unoriginal in my choice of movie clip, but this is the main one out there and it’s the one everyone is quoting Barkhad from “I am the Captain now!”

This is one of those Hollywood stories we love to hear about and that we wish would happen to us. Like Mekhi Phifer, Djimon Hounsou, Gabourey Sidibe…excellent actors “discovered” just by chance.

Barkhad was a Limo driver chosen out of close to 1000 other actors/non-actors auditioning in Minneapolis. What are the odds???? But miracles DO happen!

Barkhad Abdi was born in 1985 in Mogadishu, located in the southern Banaadir region of Somalia. He was raised in Yemen.

In 1999, at the age of 14, Abdi moved with his family to Minneapolis, United States. He subsequently attended an engineering course at Minnesota State University Moorhead, located four hours northwest of Minneapolis. Before entering the film industry, he worked as a limousine driver at a relative’s chauffeur company, a store-clerk at a self-employed telecommunications business with his brother Guled Abdi, and a disc jockey in Minnesota.

Abdi is presently directing a movie, Ciyaalka Xaafada. He has also directed several music videos. As of January 2014, he is reading scripts for a TV show.

In 2013, Abdi served as an Ambassador for the NGO Adeso run by the Somali environmentalist Fatima Jibrell. 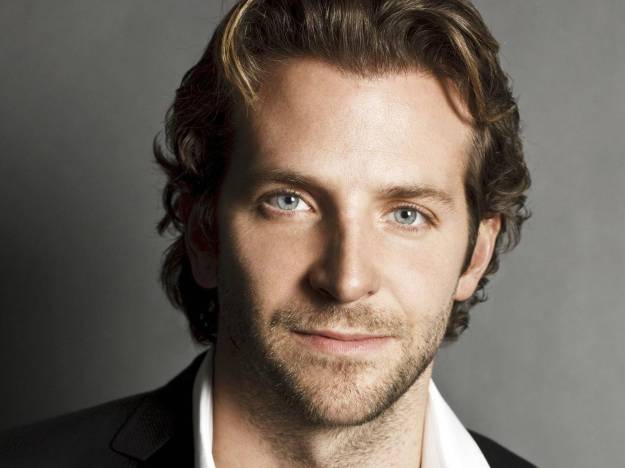 Have I already said how much I loved this movie?? And I love Bradley Cooper. I used to think he was just about comedic Hangover type movies and then I saw him in Silver Linings Playbook. And then I saw him in The Place Beyond the Pines. He was awesome!!! and NOW he is in American Hustle and he does not disappoint. He is part of an excellent ensemble and he does not drop the ball for a minute. He is a very talented…and might I add, good looking actor ;-). He is sure to have even more of a stellar career still ahead of him.

Bradley Cooper was born in Philadephia, Pennsylvania. His mother, Gloria (Campano), is of Italian descent, and worked for a local NBC station. His father, Charlie Cooper, who was of Irish descent, was a stockbroker. He has a sister, Holly. Immediately after Bradley graduated from the Honors English program at Georgetown University in 1997, he moved to New York City to enroll in the Masters of Fine Arts program at the Actors Studio Drama School at New School University. There, he developed his stage work, culminating with his thesis performance as “John Merrick” in Bernard Pomerance‘s “The Elephant Man”, performed in New York’s Circle in the Square. While still in school, Bradley began his professional career, appearing opposite Sarah Jessica Parker in Sex and the City(1998) and in the series, The Beat (2000). His weekends were spent with LEAP (Learning through the Expanded Arts Program), a non-profit organization that teaches acting and movement to inner city school children. The summers took him all across the globe, from kayaking in British Columbia with Orca Whales to ice-climbing in the Peruvian Andes, while hosting Lonely Planet’s Treks in a Wild World (2000) for the Discovery Channel. Bradley had to skip his graduation ceremony from the Actor’s Studio in order to star in his first feature film, Wet Hot American Summer (2001). After finishing his second feature, Bending All the Rules (2002), his plans to relocate to Los Angeles were delayed when Darren Star hired him to star in the series The $treet (2000). Bradley went on to win the role of young law student “Gordon Pinella” in the film Changing Lanes (2002), starring Ben Affleck and Samuel L. Jackson, and also stars as “Travis Paterson” in My Little Eye (2002). He finally decided that it was time to forgo his other New York projects and move to Los Angeles when he was cast in Alias (2001).

Michael Fassbender has got to be the best looking, meanest S.O.B. plantation master one could have. Woe betide any slave who happens to be sold into his household. Stay Away, Stay away!!! But then, thank goodness, he is only acting. The first time I really saw Michael Fassbender was in Inglourious Bastards, which I enjoyed immensely, but he already has quite a body of work behind him and he is obviously very good at what he does.

Michael Fassbender was born in Heidelberg, Baden-Württemberg, Germany. His mother, Adele, is from Larne, County Antrim, in Northern Ireland, and his father, Josef Fassbender, is German. According to Fassbender’s “family lore,” his mother is the great-grand-niece of Michael Collins, an Irish leader during the War of Independence. When he was two years old, his parents moved to Killarney, County Kerry, in the Republic of Ireland, where they ran the West End House, a restaurant where his father worked as a chef. Fassbender served as an altar boy and is a lapsed Catholic. He has an older sister Catherine who works at the University of California, Davis as a neuropsychologist.

Fassbender and his sister spent summer holidays in Germany and he speaks German fluently. He attended Fossa National School and St. Brendan’s College (The Sem). He discovered he wanted to be an actor at age 17 when he was cast in a play by Donie Courtney. At age 19, Fassbender moved to London to study at the Drama Centre London. He dropped out of the Drama Centre and toured with the Oxford Stage Company to perform the play Three Sisters.

He speaks German, though he stated that he needed to brush up a bit on his spoken German because it was a bit rusty before filming Inglourious Basterds. He has also expressed interest in performing in a German-language film or theatre production one day. Fassbender is a Formula 1 fan, has attended several races and whilst on Top Gear he stated that he was a Michael Schumacher fan and had met him at the British Grand Prix.

Jonah Hill is doing an awesome job of reinventing himself. He lost a bunch of weight and moved from doing somewhat frat boy comedic roles to doing dramatic acting work, winning recognition and nominations along the way. I thought he did a good job in Moneyball for which he got his first nomination, but his work in Wolf of Wall Street is on another level. This was a whole new Jonah to me. He totally deserves this nomination. A quick message about comedy though, I have to say that I was rolling on the floor laughing watching “This is the End”. Also his role in Django Unchained had me cracking up LOL

Jonah Hill was born and raised in Los Angeles, the son of Sharon (Chalkin), a fashion designer and costume stylist, and Richard Feldstein, a tour accountant for Guns N’ Roses. He graduated from Crossroads School in Santa Monica and went on to The New School in New York to study drama.

He began writing and performing in plays while at college in New York, and managed to get himself introduced to Dustin Hoffman, through whom he got an audition for his first film role in I Heart Huckabees (2004). A succession of increasingly high profile film and TV parts followed until he eventually landed one of the starring roles in the teen hit, Superbad (2007). Continuing to write and act, more roles followed as well as popular appearances on US TV talk shows.

When Jared Leto won the Golden Globes and they played a clip from the movie, I was confused. I didn’t understand why they kept showing clips that did not have Jared in them. And then it clicked…he WAS that ‘woman’ in the car with Matthew McConaughey. Wow! Then recently I saw the film and I understood why he won. Not only does he look real as a transgender woman, but he was a very convincing, very skinny, AIDS patient. What a transformation! Both he and Matthew put in Oscar worthy performances in this film and it is already quite clear that Jared is the front runner in this category.

Jared Leto was born in Bossier City, Louisiana, the son of Constance Leto (née Metrejon). His mother has Cajun ancestry. “Leto” is a stepfather’s surname. His parents divorced when he was a child, and he and his older brother Shannon lived with their mother and their maternal grandparents William Lee Metrejon and Ruby Russell. His father remarried and died soon after. Leto moved frequently with his family from his native Louisiana to different cities around the country. “My mom’s father was in the Air Force,” Leto explained, “so moving around a lot was a normal way of life.” Leto has two younger half-brothers from his father’s second marriage.

Constance joined the hippie movement and encouraged her sons to get involved in the arts. “I was raised around a lot of artists, musicians, photographers, painters and people that were in theater,” he stated in an interview with Kerrang!; “Just having the art communal hippie experience as a child, there wasn’t a clear line that was drawn. We celebrated creative experience and creative expression. We didn’t try and curtail it and stunt any of that kind of growth.” Leto grew up listening to classic rock from Pink Floyd to Led Zeppelin and his first musical instrument was a broken-down piano.

After dropping out briefly in the 10th grade, Leto decided to return and focus on his education at the private Emerson Preparatory School in Washington, D.C., but graduated from Flint Hill Schoolin Oakton, Virginia.[12] He was interested in large-scale visual art and enrolled at the University of the Arts in Philadelphia. After developing an interest in filmmaking, he transferred to the School of Visual Arts in New York City. While he was a student there, he wrote and starred in his own short film, Crying Joy.

Leto is considered to be a method actor, known for his constant devotion to and research of his roles. He often remains completely in character for the duration of the shooting schedules of his films, even to the point of adversely affecting his health. He is also known to be selective about his film roles.

Leto is the lead vocalist, multi-instrumentalist and main songwriter for Thirty Seconds to Mars, a band which he formed in 1998 in Los Angeles, California with his older brother Shannon Leto.

He is an avid philanthropist, a vegan supporting animal rights, a supporter of Gay Rights and of the Environment.